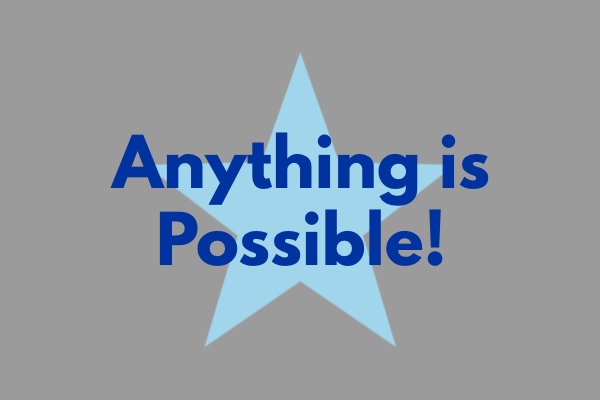 A marathon runner, Welsh was inspired by her brother, a three-time Ironman competitor, to give the intense triathlon a try.

“I know some people say they can’t do tri’s because they don’t know how to bike or swim, but neither did I when I started,” the 41-year-old says.

Welsh met the challenge with her “anything is possible” attitude and began training. She hired a coach, joined a bike group and took swim classes before competing in her first half Ironman in September 2005.

That first competition was a turning point for Welsh who developed the stomach flu the night before the event.

“After training for over a year, it’s hard to give up a dream, so I went out there and attempted it anyway,” she recalls. “I passed out before I was able to finish, and that ‘failure’ was very hard for me to get over.”

Add to that the fact that Welsh had lost both of her beloved dogs, and the normally energetic and optimistic athlete found it very difficult to pursue her dream. After taking a year off from any type of training. Welsh decided to once again follow that dream and, in January 2009, she started all over again.

“This time around I came from ground zero, and that was very humbling,” she describes.

Now, Welsh trains approximately six days a week for an average of 2.5 hours per day — that’s 15 hours per week! Of course when you consider that the event consists of a 2.4 mile swim, followed by a 112 mile bike ride, and ends with a 26.2 mile run, it is easy to see why so much training is required. But Ironman training is more than just honing the required physical skills. You must also train your body not only to eat right, but also to eat while exercising — a task that Welsh finds challenging.

“The first time around, I did not understand the number of calories and amount of protein you need to take in to stay healthy and be able to do extremely long workouts on a consistent basis,” she explains. “During the competition, I will need to eat somewhere around 200-300 calories per hour during the race to maintain my endurance, and I will be taking in fluids constantly.”

Welsh’s big day is June 21 in Coeur d’Alene, Idaho, and this time she will be ready. She has a strong support group that includes her staff at Outside the Box Productions, her family, her friends, her brother and, of course, her coach. They are the people that keep her motivated and focused on her goal. And, when it is hard to get out of bed and train, Welsh says she remembers that there are those who, for whatever reason, cannot participate in this type of grueling regimen and that she is blessed to be able to go out there and give it her best every time.

“I guess it’s like anybody’s dream in life,” she muses. “It’s not always easy, but its but it’s the perseverance and belief in yourself that gets you there.”