“Help! I forgot my Mantra!” 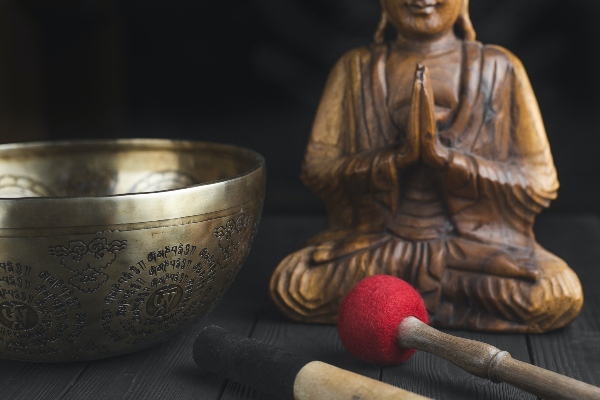 At a Hollywood party, a guy calls his guru and says in a panic, “I forgot my mantra.” It’s a funny moment in a classic movie — a line said by Jeff Goldblum’s character in Woody Allen’s Oscar-winning Annie Hall.

Allen was making fun of the 1970s Hollywood crowd’s tendency at the time to practice Yoga and transcendental meditation just because it was “in.” However, here in South Texas we’re not that closely tied to West Coast trends and East Coast cool anymore (if, indeed, we ever were). If we practice Yoga and meditation, it’s because we find they’re good for both our minds and bodies, and maybe even our souls. But in recent South Texas Fitness and Health stories, we haven’t talked about mantras much or even focused on the meditation side of Yoga in a while. In a sense, we’ve “forgotten our mantras,” or at least the importance of them.

So what is a mantra exactly?

A mantra is a sound, a syllable, a word or phrase — any utterance, really — that is used during meditation to help us achieve a sense of spiritual transformation or to encourage us to quiet our minds and focus. Hinduism, Buddhism, Sikhism and Jainism all use mantras as part of their religious meditation, as do other Eastern meditation and Yoga practices. But mantras aren’t some weird Eastern religion practice or 70s-style hippie thing that Texans can’t relate to — you can be a hip, 2009 Christian or even a non-hippie non-believer and still utilize a mantra to help you focus during your meditation. It’s just a way of using a word or thought to help empty the mind and open the soul.

Try to meditate for ten minutes, and you’ll find you spend the first nine or more trying to turn down the noise in your head. The mind is easily distracted by the worries, reminders, distractions and work loads that fill our minds each day, and having a mantra to concentrate on and repeat, either aloud or in our minds, helps sharpen our focus and drown out other thoughts, keeping us centered and open.

According to several Internet sources, including Wikipedia.com, ” The Sanskrit word mantra- consists of the  root man- “to think” (also in manas “mind”) and the suffix -tra meaning, tool, hence a literal translation would be “instrument of thought.”

That’s a nice way of explaining it, as Mantras are just that — instruments that are often helpful to our thoughts, so they’re often a central part of one’s Yoga practice. Some say repeating a mantra over and over helps to loosen the body for better breathing and concentration. Others say it helps them remain focused, and some say it even helps them spiritually to move to new levels outside themselves.

Some basic mantras often used in Yoga practice/meditation include:
OM (or AUM), with an emphasis or drawing out of the “mmm” part. It creates a vibration or a hum when done properly.

SOHAM – Say the “sooo” part while you inhale and the “humm” part as you exhale.
Some mantras are sentences with a positive thought message.
Others are a repetition of the name of God.
Others are small “compact” prayers.

Whatever you wish to focus upon that brings you further clarity, better concentration, better breathing and inner serenity is perfectly valid. So find the mantra that works for you — and remember to use it. When you do meditate and do Yoga properly, it will be an instrument of peace, meditation, and focus, and you’ll surely benefit from it. You’ll better understand why mantras are so helpful — then you won’t have to phone it in, and you surely won’t forget it.