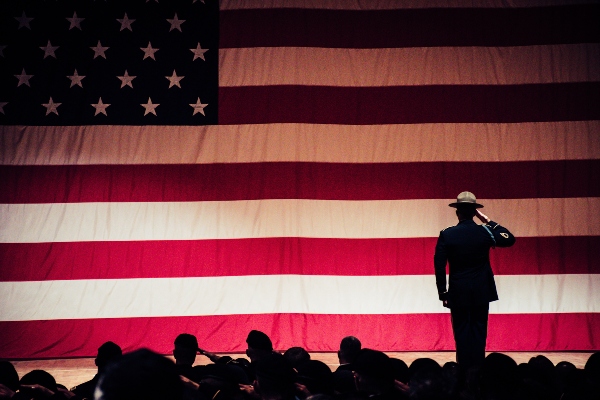 ARMY RANGER HELPING HIS HOMETOWN GO FROM FAT TO FIT

During his travels across the country, Army Ranger Bob Brinkmann realized that it wasn’t the Alamo that people remembered about his beloved hometown of San Antonio — it was the fact that the city has one of the most obese populations in the nation.

“It is embarrassing when you travel and find out that San Antonio is known more for obesity than for the Spurs or the River Walk,” says this Roosevelt High School and UTSA graduate.

An avid exerciser and fitness enthusiast, Brinkmann decided to do something about it. He has partnered with local health and fitness experts to launch “Get Fit San Antonio,” a three-month campaign designed to educate the community about health and fitness and encourage people to develop healthy lifestyle habits.

“The campaign will be the largest of its kind ever offered in San Antonio,” he says.

At the center of the “Get Fit San Antonio” campaign is Brinkmann’s book, Fitness Timer. It is a fitness planner and tracker that Brinkmann developed to help him stay organized with his own intensive exercise routine. Pretty soon Brinkmann’s friends were asking him to create one for them, and after fulfilling many of those requests, Brinkmann decided to have the book published and distributed through the Army and Air Force exchange system.

“It has proven to be a valuable resource tool for members of the armed forces, and it will now be offered to the general public here in San Antonio during the campaign,” he says.

The way it works is simple. The book is broken down into cardio, strength and nutrition sections with ample room to record your activities, progress and food intake. It is efficiently organized in such a way that you can view and chart an entire week at once. Furthermore, it features helpful tips and pointers along the way, including a nutrition guide that offers the calorie, carb, protein and fat counts of hundreds of different foods.
“It in unlike any other planner on the market,” says Brinkmann.

As for those who may argue the need to carry a pen and ink planner in a PDA world, Brinkmann is confident that writing down your goals is more effective in helping you to achieve them.

“It motivates people,” he explains. “Writing it down helps you to mentally develop habits.”

Even more motivating is the fact that, as part of the campaign, anyone who purchases the book from any of the participating sponsors, including Roger Soler’s Sports, Fleet Feet and Britton’s Bicycle Shop and others, will receive discounts from the corporate network partners for the equipment and tools they need to stay in shape, such as shoes, gym memberships and nutritional supplements.

As effective for a devoted athlete as it is for someone who is new to exercise, the Fitness Timer is unique in that anyone can use it. And it is Brinkmann’s hope that everyone will, in order to take San Antonio from fat to fit.

“San Antonians first need to change their lifestyles in order to change the city’s reputation,” he says. “This means reducing calorie intake and increasing calorie burn through regular exercise. People must also realize that diet and exercise are not just an occasional endeavor but should be maintained on a daily basis. This requires discipline, motivation and determination.”

Brinkmann knows a thing or two about the discipline required to stay in shape. This father of two has always been athletic, running and lifting weights since age 12, playing intramural sports in college and exercising every day – sometimes two to three times per day. And, of course, there is the fact that his career as an infantry officer in the Unites Sates Army makes great physical demands.

Through his “Get Fit San Antonio” campaign, Brinkmann hopes that San Antonians will become inspired to change the way the city is seen by the rest of the world, not just for the city’s reputation but for the well-being of its citizens.”I do believe very strongly in health and fitness,” he says. “I find that people are happier, and they can do a lot more activities, not only as a family but individually as well,” says Brinkmann.