We built this city on Rock and Roll 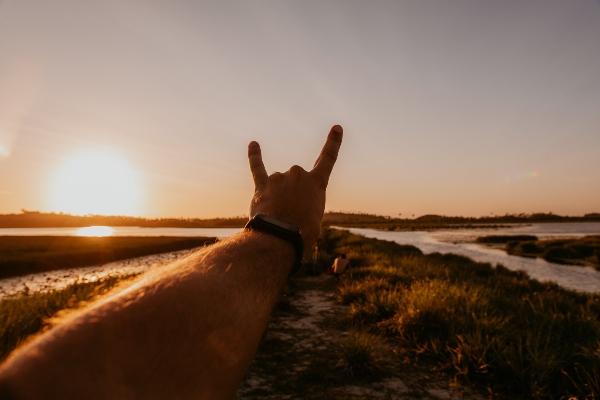 A major “concert” announcement was made in September by the City of San Antonio and Elite Racing that should be music to the ears of runners and businesses in South Texas. San Antonio will be joining Elite Racing’s Rock ‘n’ Roll Marathon series starting in 2008. The Rock ‘n’ Roll series is an immensely popular series of full or half marathons that feature live music along the race course and a party-like atmosphere from start to finish. The Rock ‘n’ Roll theme-based series started in San Diego in 1998 and has been growing ever since.

In the past several years, Elite Racing has added Phoenix, Nashville (Country Music), Virginia Beach and San Jose to the series. San Antonio will be joining Phoenix as Full and Half Marathon Rock ‘n’ Roll music event. The race date is scheduled for a year from now in November 2008. The Rock ‘n’ Roll San Antonio Marathon will replace the city’s Marathon of the Americas that started in 1975 and will conclude with its 33rd running this November.

San Antonio will see a dramatic change in both numbers and economic impact when Rock ‘n’ Roll comes to town. The current city marathon, the Marathon of Americas, had attendance hovering around 3,000 total participants. These numbers are projected to increase seven-fold with Rock ‘n’ Roll. Elite racing’s events typically draw over 20,000 runners, and they forecast similar attendance figures for San Antonio.

Elite Racing certainly has the right formula of high-profile media attention and individual catering to all the runners, from the competitive, to the middle and back-of-the pack runners that fosters’ success. This approach and media hype attract many thousands of local and statewide entrants. They also capture the nationwide past participants from other Rock ‘n’ Roll races who will want to add a new event and race medal to their collection. The economic impact will certainly surpass previous years’ figures. San Antonio has never had a consistent major sponsor, and the city couldn’t bring the numbers up to where it would benefit economically. However, with Rock ‘n’ Roll in charge, national-level sponsorship will follow, and a net economic impact of $20 million dollars for the city is anticipated.

Rock ‘n’ Roll started their races with the concept of having at least one band per mile along the race course. They have found that more is better, and each event has been adding more bands along the course. In San Antonio, about 70 area bands will perform along the course as well as in pre- and post-race festivities. The Rock ‘n’ Roll races also have at least one headliner, which will perform at the post-race party. No announcement has been made about the San Antonio headliner, but it is likely that it will be a well-known Texas-based band. No course has been chosen yet for the ’08 race though it seems likely that it will be a point-to-point race with the finish at the Alamodome. The date for this year’s Marathon of the Americas is November 11. The ’08 date for the Rock ‘n’ Roll Marathon San Antonio will probably be the same Veterans Day Weekend.